I have always been afraid of live yeast.

I was a science major in college and even with 4 years of bio labs under my belt, yeast cultures on petri dishes still gave me goosebumps. When Nick suggested we bake cinnamon rolls from scratch this weekend, the first thing that popped into my mind was, OH CRAP, YEAST.

Except, who knew that it was going to be so easy and that it would be so much fun to make your own cinnamon rolls at home??

Here is my issue with buying cinnamon rolls from “others”. Yes, including the purchase of you, mister P. Doughboy rolls:

2. There are NEVER enough swirls!!! I am a cinnamon sugar girl, and if you don’t make your own rolls, the rolls will have 2 swirls at the most! Meaning, it is full of unflavored dough and not enough cinnamon.

4. Laying out rounds of Pillsbury doughbough can never instill as much pride in you as overcoming your fear of living yeast, rolling your own dough, and baking cinnamon rolls you can call YOUR own.

5. Did someone say, TOO MUCH BUTTER?

To avoid all this, I suppose the best thing to do would be to bake your own rolls. and you know what? It is SO worth it. 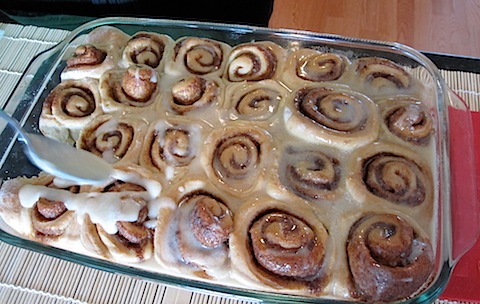 THE ULTRA-Cinnamony CINNAMON ROLLS (The lower-fat and sugar kind)

This was originally Paula Deans recipe. I took out some butter and sugar, stretched the dough thinner, added more cinnamon, and made more swirls. The result? 20 cinnamons rolls vs. 12 and a TON more flavor! As usual, feel free to substitute ingredients.

1. Dough: In a small bowl, dissolve yeast in warm water and set aside. In a large bowl mix soy milk, sugar, melted butter, salt and egg. Add 2 cups of flour and mix until smooth. Add yeast mixture. Mix in remaining flour until dough is easy to handle. Knead dough on lightly floured surface for 5 to 10 minutes. Place in well-greased bowl, cover and let rise until doubled in size, usually 1 to 1 1/2 hours. 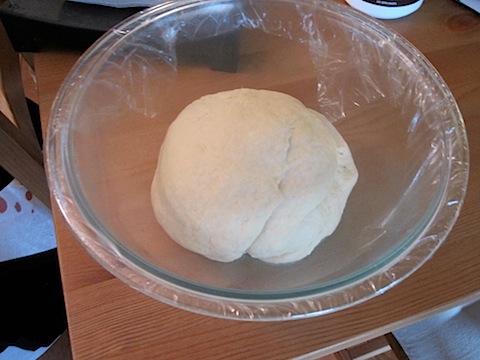 2. When doubled in size, punch down dough. Roll out on a floured surface into a 15 by 11-inch rectangle. Spread melted butter all over dough. Mix sugar and cinnamon and sprinkle over buttered dough. Beginning at the 15-inch side, role up dough and pinch edge together to seal.

3. Heat oven to 350 degrees F. Coat the bottom of baking pan with cooking spray and sprinkle with granulated sugar. Place cinnamon roll slices close together in the pan and let rise until dough is doubled, about 45 minutes. (I’m not sure if the lamp/heat helped, but it did make for an entertaining sight!)

Bake in oven for about 35 minutes or until nicely browned.

5. Do not allow to fully cool before devouring. Pick your favorite pieces or the biggest roll there is…and eat!! 🙂 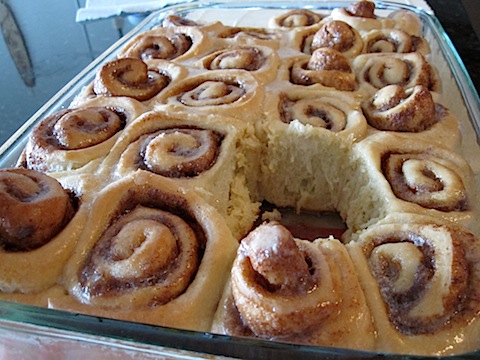 A note to my favorite readers: I’ll be vacationing in Hong Kong for 2 months before I return to the US and move to Boston for grad school in August! I hope you all follow me and my foodie adventures to Asia and soon enough, Boston!! I am SO excited.

And just for you, I’ve calculated the nutritional stats at Caloriecount.com. These stats are for one Ultra-swirly cinnamony cinnamon roll.